The Argentinian, who plays as a forward for French club Paris Saint-Germain, will help Sorare set new standards in how fans connect with clubs and players, the company said in a statement Wednesday. They’ll also work together to create new content and fan experiences, Sorare added.

Messi has taken an equity stake in Sorare as part of the deal, the company said, without expanding on the size of his holding or other terms. Nicolas Julia, Sorare’s CEO and co-founder, said the partnership with Messi marked a “huge milestone” for the company.

“We believe Messi will help us set new standards in how we do this, and we look forward to sharing what new content and fan experiences we’ve been collaborating on soon,” he told CNBC via email.

Sorare lets users trade digital player cards and manage teams of five in fantasy soccer tournaments. The cards are themselves nonfungible tokens, or NFTs, virtual collectible items that keep a record of ownership that is tracked on the blockchain. Sorare says this creates “digital scarcity” for each card.

The Paris-based startup, which was last valued at $4.3 billion, has more than 2 million users in over 185 countries and is partnered with over 300 sports teams and leagues including Spain’s La Liga and Germany’s Bundesliga. It has expanded beyond its core focus on soccer recently into other sports, including basketball and baseball. 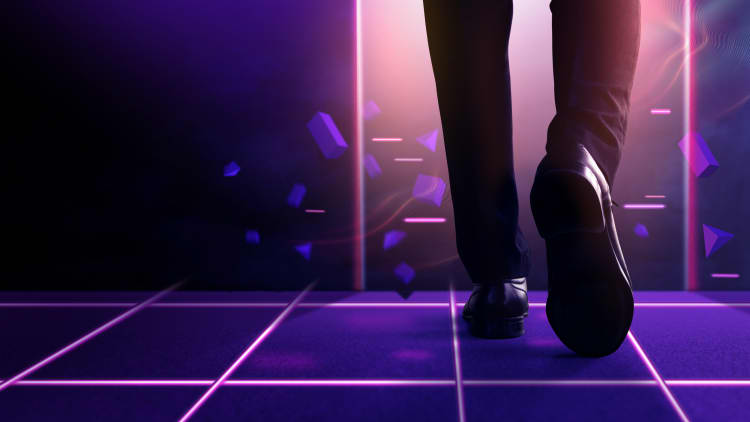 “Fans have always looked for ways to express their passion and get closer to the players and teams that they love and Sorare’s combination of a fantasy game with digital collectibles gives fans new ways to do that, wherever they are in the world,” said Messi in a statement Wednesday.

The partnership with Sorare adds to a slew of notable deals between sports stars and crypto platforms. French soccer player Kylian Mbappe and American tennis legend Serena Williams have previously announced tie-ups with Sorare. American football quarterback Tom Brady took a stake in the crypto exchange FTX, which on Tuesday agreed a sale to rival firm Binance after experiencing a liquidity crunch.

Messi himself previously agreed to take part of his salary in $PSG fan tokens, a cryptocurrency developed by blockchain sports platform Socios for Paris Saint-Germain, as part of his two-year contract with the club. The tokens have since plummeted in value, dropping 86% since their August 2021 peak when Messi announced the Socios partnership, raising fears for average sports fans vulnerable to huge losses.

He also hooked up with Socios on a separate three-year partnership in March to become a global brand ambassador for the company. Julia told CNBC the deal with Sorare was an “exclusive agreement.” However, a Socios spokesperson said Messi’s deal with the firm “still stands” and it doesn’t consider Sorare to be a direct competitor.