He also said policymakers should stop trying to guess the future and instead stick to what the data is saying.

“Looking ahead to our next meeting, I support another significant increase in the policy rate,” Waller said in remarks prepared for a speech in Vienna. “But, looking further out, I can’t tell you about the appropriate path of policy. The peak range and how fast we will move there will depend on data we will receive about the economy.”

Those comments are similar to recent remarks from Fed Chair Jerome Powell, Vice Chair Lael Brainard and others, who said they are resolute in the effort to bring down inflation. 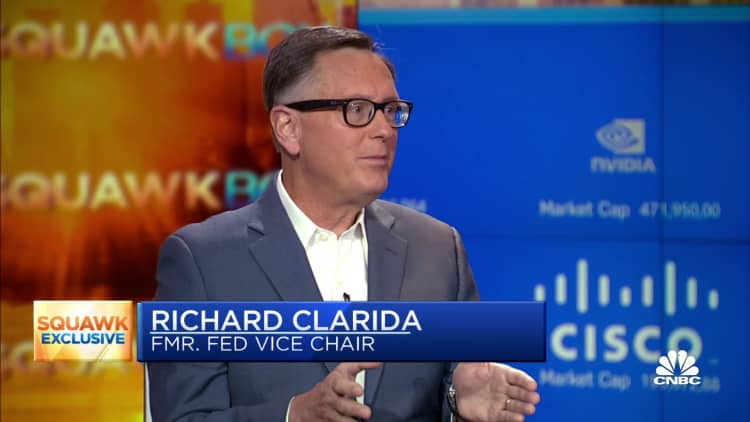 Markets strongly expect the central bank to take up its benchmark borrowing rate by 0.75 percent point, which would be the third consecutive move of that magnitude and the fastest pace of monetary tightening since the Fed began using the benchmark funds rate as its chief policy tool in the early 1990s.

While Waller did not commit to a particular increase, his comments had a mostly hawkish tone that indicated he would support the 0.75-point move, as opposed to a half-point increase.

“Based on all of the data that we have received since the FOMC’s last meeting, I believe the policy decision at our next meeting will be straightforward,” he said. “Because of the strong labor market, right now there is no tradeoff between the Fed’s employment and inflation objectives, so we will continue to aggressively fight inflation.

If the Fed does implement the three-quarter point hike, it would take benchmark rates up to a range of 3%-3.25%. Waller said that if inflation does not abate through the rest of the year, the Fed may have to take the rate “well above 4%.”

He further suggested the Fed get away from its practice of providing “forward guidance” on what its future path would be and the factors that would come into play to dictate those moves.

“I believe forward guidance is becoming less useful at this stage of the tightening cycle,” he said. “Future decisions on the size of additional rate increases and the destination for the policy rate in this cycle should be solely determined by the incoming data and their implications for economic activity, employment, and inflation.”

Waller pointed out welcome signs that inflation is moderating from its highest peak in more than 40 years.

The personal consumption expenditures price index, which is the Fed’s preferred inflation gauge, rose 6.3% from a year ago in July — 4.6% excluding food and energy. That’s still well above the central bank’s 2% long-run goal, and Waller said inflation remains “widespread” even with the recent softening.

He also noted that inflation looked to be softening at one point last year, then turned sharply higher to where the consumer price index rose 9% on a year-over-year basis at one point.

“The consequences of being fooled by a temporary softening in inflation could be even greater now if another misjudgment damages the Fed’s credibility. So, until I see a meaningful and persistent moderation of the rise in core prices, I will support taking significant further steps to tighten monetary policy,” he said.

“As unsatisfying as it might be, weighing in on the peak policy rate is likely just speculation at this point,” she said.

“We will have to determine the course of our policy through observation rather than reference to theoretical models or pre-pandemic trends,” George added. “Given the likely lags in the passthrough of tighter monetary policy to real economic conditions, this argues for steadiness and purposefulness over speed.”

George was the only Federal Open Market Committee member to vote against June’s three-quarter point rate increase, advocating instead for a half-point move, though she did vote for the July hike.